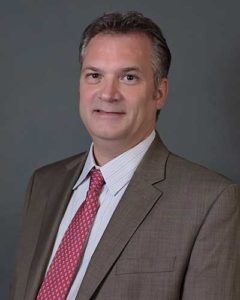 About Mr. Emmanuel
Mr. Emmanuel received his Bachelors of Science degree in business from Indiana University while competing in collegiate tennis. He was on the Dean’s Honor List and received an Athletic Academic Achievement Award during his undergraduate career. He received his Juris Doctor and M.B.A. degress from Loyola University New Orleans. During his tenure at Loyola University New Orleans, he was nominated for the G. Ralph Smith Outstanding M.B.A. Graduate Award. He was a senior research assistant for Professor Raphael Rabalais and a faculty research assistant to Professor Cynthia Lepow at the College of Law. Mr. Emmanuel has published several articles in the areas of copyright infringement and overseas investments.

Mr. Emmanuel began his legal career with the City Attorney’s Office in New Orleans. He prosecuted civil service disciplinary violations for all departments of the City of New Orleans as an Assistant City Attorney, including the New Orleans Police Department. In state and federal court, he focused primarily on defending false arrest, excessive force, and wrongful death claims. He also defended claims involving Title VII employment discrimination, the Family Medical Leave Act, and all areas of workers’ compensation including subrogation recovery for the City of New Orleans. His tireless work ethic and attention to detail have aided him throughout his years in practice.

Following Hurricane Katrina in 2005, Mr. Emmanuel was appointed Assistant Special Counsel with the Judiciary Commission of the Louisiana Supreme Court. He assisted in screening and prosecuting complaints of misconduct against state court judges and justices of the peace. Upon returning to private practice, he has practiced primarily in the areas of workers’ compensation, employment law, criminal defense, along with representing retailers, hotels, restaurants and other premise owners and their insurers, including surety bond liability, as well as music copyright and intellectual property matters.